To date, Aura Finance has been able to successfully accumulate more than 25% of all veBAL in circulation, making significant headway towards their core objective; accumulate permanent voting power in Balancers ecosystem. Holders who lock their AURA in the platform are able to share in this influence by voting on the allocation of this significant vote weight that ultimately determines the distribution of weekly Balancer emissions.

For the first time since launch, a significant amount of AURA will be unlocked with nearly 1.3M tokens becoming available for withdrawal on October 13th, 2022 with another ~1.3 unlocking on October 20th. Lets face it, there aren’t a ton of options available for unlockers. Sell off? Re-lock?

What if we told you there was a liquid locked alternative that automated bribes and distributed yield bearing rewards. Probably nothing…

Since launch Badger has been focused on building a number of vault products that leverage and support the Aura ecosystem while driving increased utility and earning opportunities to Badger token holders. In doing so, Badger has been able to accumulate influential vote weight and drive both Balancer and Aura reward distribution toward selected pools.

Most importantly, Badger has enabled truly optimized earning potential for Aura users through its newest product - graviAURA: a liquid locked AURA token designed to support its own liquidity on Balancer. In the past week alone, the graviAURA vault has maintained a strong APY offering, currently sitting at over 100%. 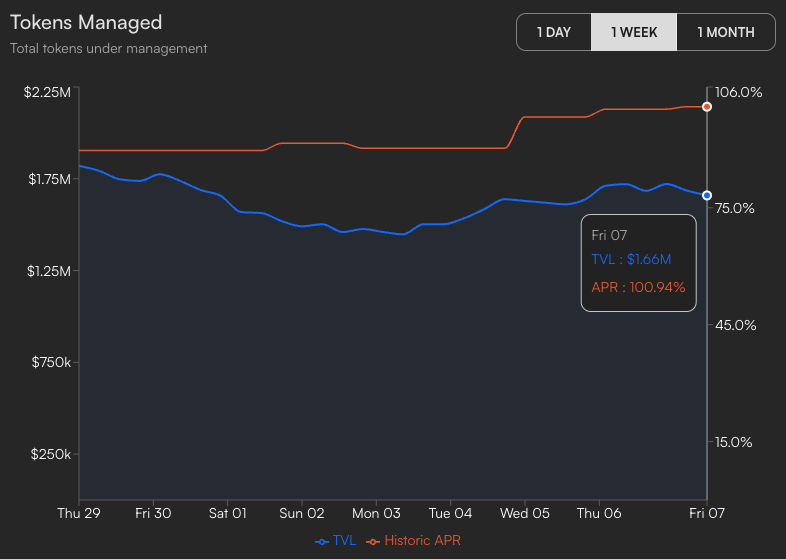 Generating optimized yield on vlAURA requires a significant investment of time and effort. Users are in charge of claiming and locking their earned rewards and need to actively vote during each round to truly maximize their earning potential when it comes to bribes. Sure, delegating is certainly a viable option, but much of the time this requires users to collect a bunch of dust, often spending more than it's worth to claim and process themselves.

graviAURA is for users looking for a liquid solution to actively earn on Aura without having to worry about claiming, locking, bribing or delegating to maximize earning potential. 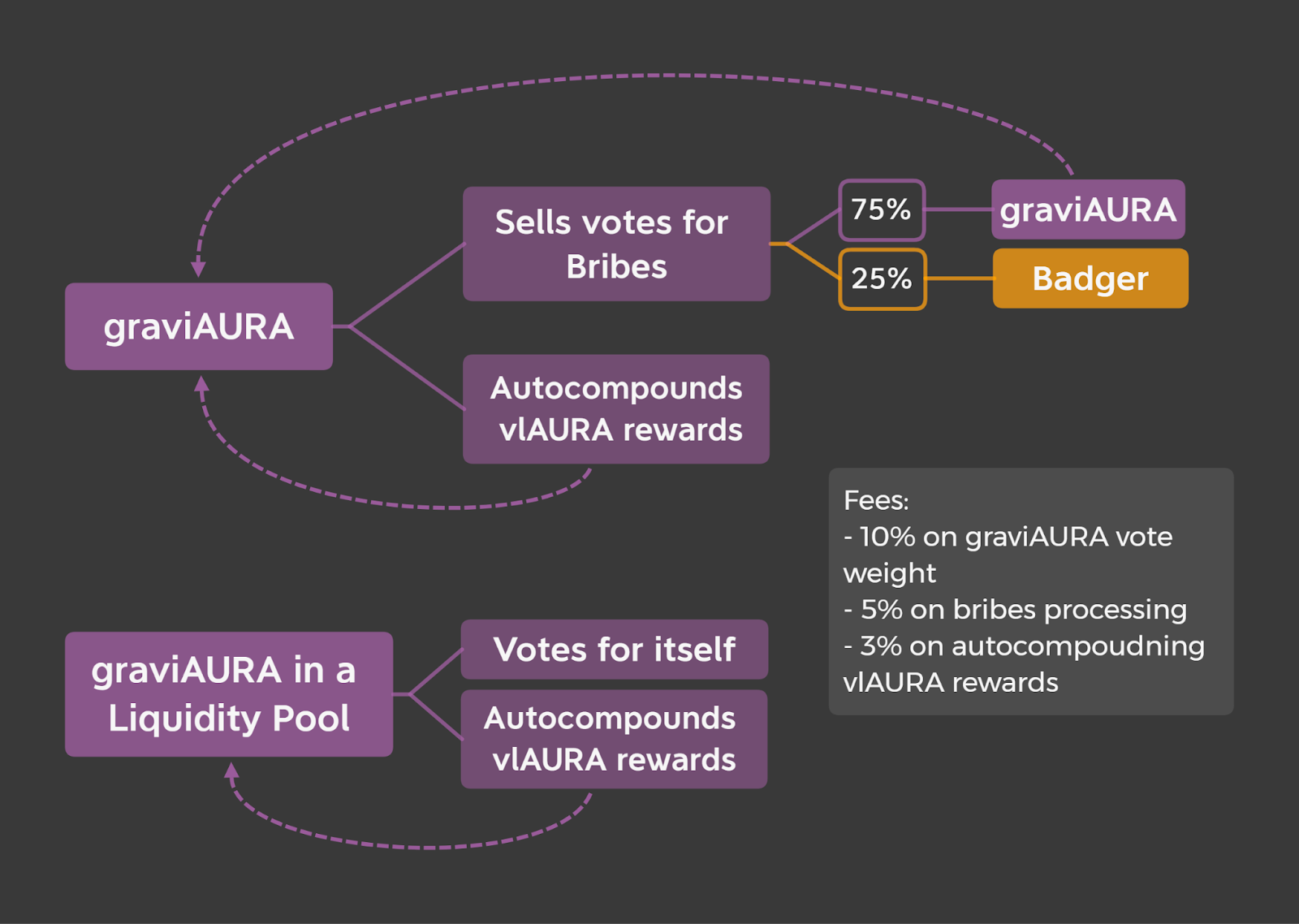 graviAURA is very similar to its liquid locked counterpart, bveCVX, in that it harvests locked AURA yield from both protocol emissions and bribe collection. In graviAURA’s case, increased flexibility in Balancer pool composition allows it to have even further utility for pool depositors, projects with native tokens, and beyond.

Any graviAURA deposited in a Balancer Pool with gauge uses its vlAURA to vote for the pool it's in. The remaining vlAURA votes for bribes which are then sold for more graviAURA and BADGER and emitted to holders. This automated voting and bribe processing optimizes users earning potential allowing them to truly Do Less and Earn More.

AURA deposited into graviAURA is locked for a 16 week period. Much like bveCVX, deposits that are received before the next locking period are available for withdrawal to users. Additionally, users have the opportunity to swap out of their position at any time (pending liquidity) through the following balancer pools.

In addition to Badger emissions, graviAURA also distributes Yield Bearing Rewards. All earned AURA is distributed back to users as graviAURA in order to maximize earning potential without the hassle of claiming, staking and voting.

If you're gonna hold onto your Aura anyway, consider graviAURA.

Do Less and Earn More with Badger.