Voting schemes. Bribes. Airdrops raining down from the heavens.

How yields are allocated in defi has changed radically in recent months.

In this new paradigm, yields from providing liquidity to decentralized exchanges like Curve have become subject to governance votes in outside protocols like Convex.

This means that governance tokens are becoming more and more important to the base layer of yield throughout DeFi.

This new dynamic has forced Badger to evolve.

It is not enough to passively collect yields thrown off by other protocols and hope they will continue to reward Bitcoin deposits.

No, to ensure that Bitcoin can play a cornerstone role in DeFi, Badger must become an active governance participant in all protocols that set the yield environment for Bitcoin.

Warning: this story is complex. But if you’re ready to pull back the curtain on Badger’s not-so-secret plan for boosting BTC yields across defi, grab a drink and gather around.

I’m going to break down a concept that we call the Badger Flywheel™.

Why The BTC Yields Are Too Low

Take a look at this chart.

It shows the most recent vote from Curve governance for yields on their platform.

What sticks out is that BTC assets (ren and pBTC) are getting less than 2% of CRV rewards - despite BTC making up over 20% of total assets on Curve.

Bitcoin is the granddaddy of crypto, so why does it get so little love in DeFi?

The answer is simple: because there is not (yet) any large voting bloc that is working to push up yields on BTC assets.

As Badgers, we think this is a shame.

So we’re doing something about it. 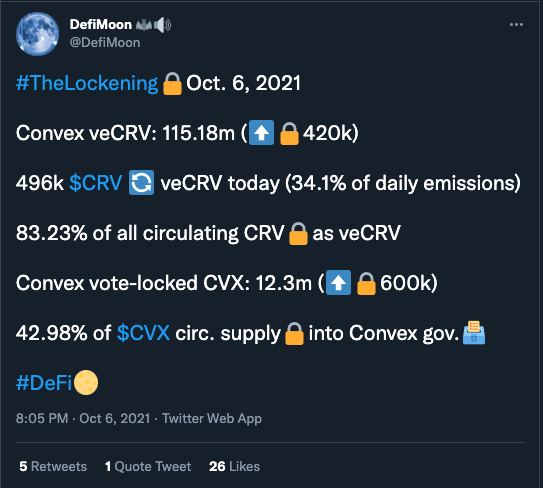 Since it launched in May, Convex Finance has made waves through a strategy to accumulate voting power in Curve.

Gaining voting control of the Convex tokens means huge influence over the yields offered in Curve...

...which is why Badger just released what we believe is the best place to deposit your CVX tokens in all of decentralized finance.

This is where the flywheel starts.

Step I: Create the Most Attractive CVX Vault in DeFi

Yesterday, Badger uncapped a new vault aimed at being the most attractive and “hands off” place to deposit CVX.

In exchange for your Convex (which we lock for 16 week intervals to participate in CVX governance) it offers four layers of yield:

The vault takes no performance fee and has a minimal .1% withdrawal fee to prevent flashloan attacks.

Even better, the vault only locks tokens for 16 weeks. This allows users to retain liquidity while Badger retains maximum voting power.

This CVX baseline yield, plus Badger incentives, plus the periodic withdrawal ability, should make this vault by far the best place to stake your CVX.

Most importantly, as more users lock CVX with Badger, our voting influence in Curve (via Convex) will grow.

The flywheel starts to spin...

With our CVX voting power, Badger will be able to secure long term high yields on BTC denominated pools in Curve.

We believe this is a far more sustainable way to influence yields than bribes, airdrops, or other one-off incentives (although we are doing some of these too - stay tuned).

Boosted BTC yields will naturally drive more TVL to Badger because we will be able to offer excess yield only available to our vault depositors.

As TVL grows, we also produce fuel (in the form of cvxCRV) to attract even more Convex to lock.

The goal of ibBTC is to produce a superior asset to Bitcoin that automatically grows by compounding DeFi yields without the user having to do anything.

It works by minting tokens backed by assets in four of our interest-bearing Sett Vaults.

The passing of BIP 68 marked the next step in ibBTC’s development, allowing it to retain much of the yield generated by the vaults that are backing it even though the majority of that yield is in non-BTC form.

With the new model, there will now be a balanced relationship between ibBTC and all other vault depositors. IbBTC will share a portion of the value it accrues with all vault depositors, creating exclusive yield and in some situations base yield (not including BADGER) enough to offset any fees.

In return, up to the entire selling capacity (20%) of partner tokens will be used to support ibBTC yield growth. IbBTC gets higher yield and Vault Depositors get higher yield, some of which is autocompounded.

The more ibBTC grows, the more yield goes to vault depositors, which should drive an increase in Badger deposits.

It’s great to have more deposits but the yields need to keep up.

That’s why deep in BIP 69 was the approval for using the cvxCRV accrued by the treasury to incentivize the locked Convex vault in Step I.

This is a program we intend to continue, and with BIP 68 moving the treasury towards accruing performance fees 100% in tokens (no BTC) the more vault deposits the more cvxCRV accrued in fees.  These fees will flow back towards incentivizing the locked CVX vault 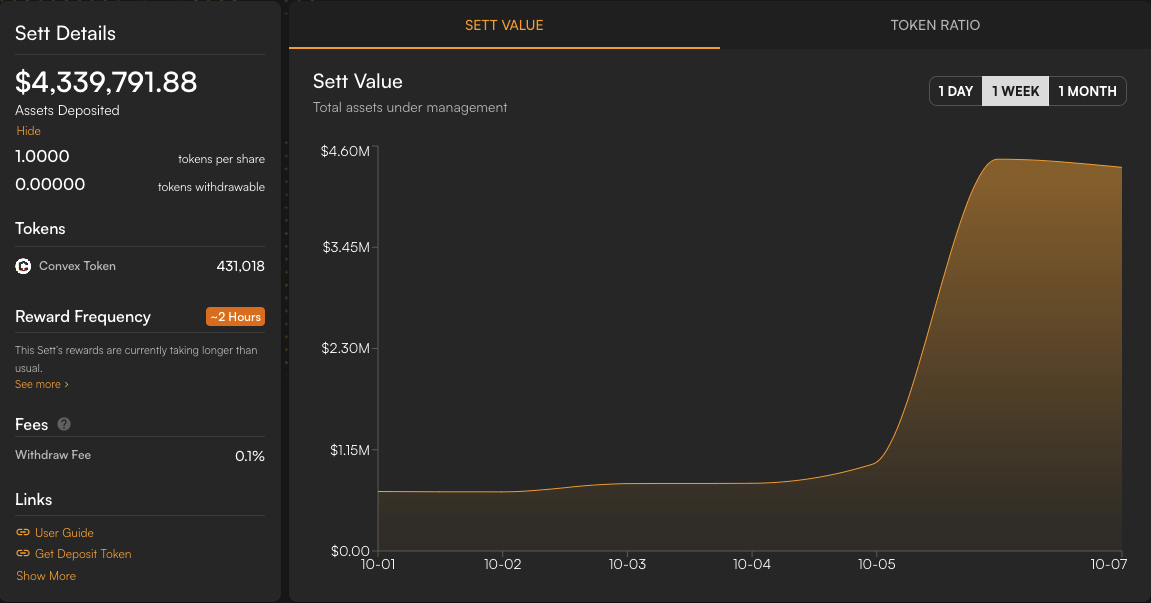 With all of these mechanisms in place, it’s time to get that flywheel spinning.

In under a week, Badger has locked over $4m in CVX that will be put to work in the next voting cycle.

And if you’ve already locked your CVX directly in Convex governance? Not to worry! We are going to have some sweet bribes for delegating your votes to Badger.

And back around we go.

When you put it all together, we believe this strategy will put BTC in its rightful place at the center of DeFi, and make Badger products the no-brainer best place for yield on BTC throughout the ecosystem.

Even better, Badger is able to do this while still meeting our commitment to sell no more than 20% of partner farmed tokens.

Truly a win-win-win for the space.

And we’re not stopping there.

While Convex and Curve are the center of the defi yield ecosystem now, this model can easily extend to any protocol where governance plays a role in setting yields.

Wherever there is yield for Bitcoin, Badger will be there.