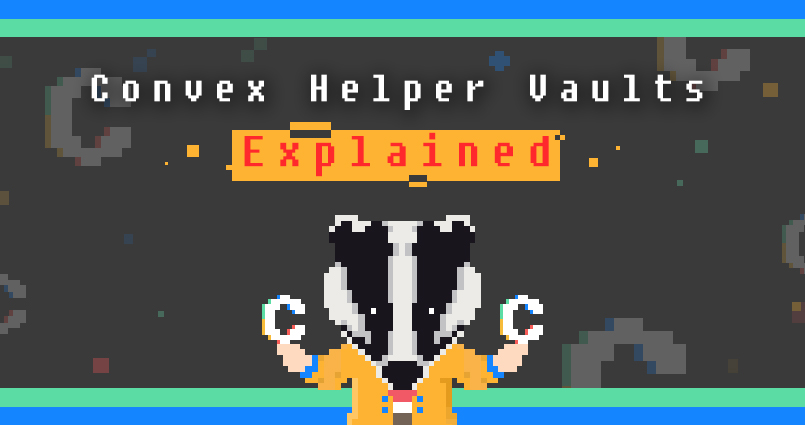 All Badger strategies to this point have either had a BTC or Native (BADGER/DIGG) component. In order to optimize returns on the new CRV LP Vaults and future partner vaults, we’ve launched our new helper vaults. They are aimed at optimizing partner rewards earned by our depositors to bring better yields to the underlying BTC strategies. Our first 2 helper vaults are CVX and cvxCRV.

What are Convex helper vaults exactly?

Well, as standalone vaults, users can deposit CVX or cvxCRV and as a result, Badger will manage the staking and auto-compounding of rewards earned with those assets. See the diagram below for a visual explanation.

To use one of our traditional vault strategies as an example, wbtc/eth SLP vault, we take the users earned Sushi rewards from the wbtc/eth SLP and stake them for xSushi to optimize yield. We then distribute that xSushi directly to users.

With helper vaults we take the reward token (in the above example xSushi) and further optimize the yield by putting those assets to work.

How do they help the new CRV LP Vaults?

Users who deposit crvBTC directly into Convex would receive CRV and CVX rewards as a result. You would then want to use stake CVX to generate cvxCRV and stake that in addition to your CRV to earn even more rewards. This process however can be onerous and gas intensive and thats why Badger is doing the work for you! With the introduction of our new CVX and cvxCRV helper vaults, Badger automatically takes user rewards from the CRV vaults, and stakes them in the helper vaults, creating a higher underlying return along with additional Badger rewards.

How are rewards distributed?

Instead of just distributing the reward tokens, we prefer to distribute the interest-bearing versions of them. This increases the overall APY of using the vaults and allows you to continue to earn additional rewards on top of your rewards. The helper vaults are needed to distribute these interest-bearing token rewards in the form of bcvxCRV and bCVX. Convex tokens that you earn by using a Bitcoin Sett in the app keep earning for you before and after you claim them.

How do I claim my rewards?

As a result if you would like to convert them to the native non-interest bearing versions, you simply need to withdraw from the helper vaults, effectively unwrapping them to reveal the underlying rewards.

There will be just a 10% performance fee (on additional rewards earned not on rewards earned through your CRV LP deposit) and 0.1% withdrawal fee on these vaults.